Today, the U.S. Bureau of Labor Statistics (BLS) reported that June was a big month for job growth, with approximately 213,000 new jobs added to the US job market. Over the last 12 months, 2.4 million jobs have been added.

This growth represents a strong labor market, no doubt.

Unemployment rates also rose by .2 percentage points bringing the national average to 4.0 percent, or an increase of 499,000 unemployed citizens. However, even with small increases in the unemployment rate, the biggest challenge in the job market is the lack of available workers. To date, there are 6.7 million jobs unfilled in the U.S.

All this means 2018 is the first year on record that the U.S. has more available jobs than people looking for work. This paradigm shift has created unique issues for employers.

How Employers Are Impacted

A tight labor market can be challenging for employers. There is pressure to raise wages, even if an organization can’t afford it.

Last July, the average wage growth for hourly workers was sitting at about 2.2 percent a year. The most recent BLS report noted a rise in wages of five cents, which brings the average yearly growth rate to 2.7 percent. All of this is a healthy increase from January 2017 average hourly wages increase of 0.1% in January, which was down from December 2016 where we saw a 0.2% gain.

For employers, even the smallest increase can wreak havoc on a company’s bottom line. A five cent wage increase can add an additional $52,000 to payroll expenses for a company with 500 employees. As rates increase, so does the expense. 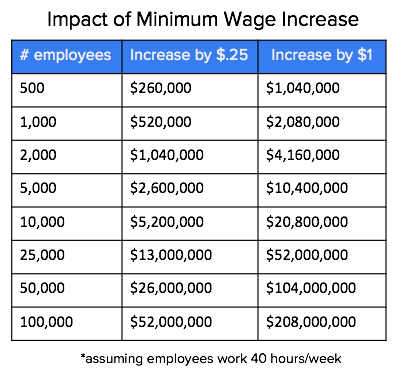 According to the Wall Street Journal, 3.4 million Americans quit their jobs in April, which is twice the amount of those who were laid off from jobs.

This employee attrition can be costly to employers. SHRM estimates the average cost-per-hire to fill a position at $4,129. While some studies show that replacing an entry-level position can cost up to 40% of an employee’s salary.

Some industries are being hit harder than others, too. For example, the retail industry already has a notoriously low retention rate, and according to the BLS study, employment rates continue to decline.

In April 2018, the retail industry saw 749,000 hires, and 721,000 separations, proving that it’s exceedingly difficult to keep staff on board in the industry. 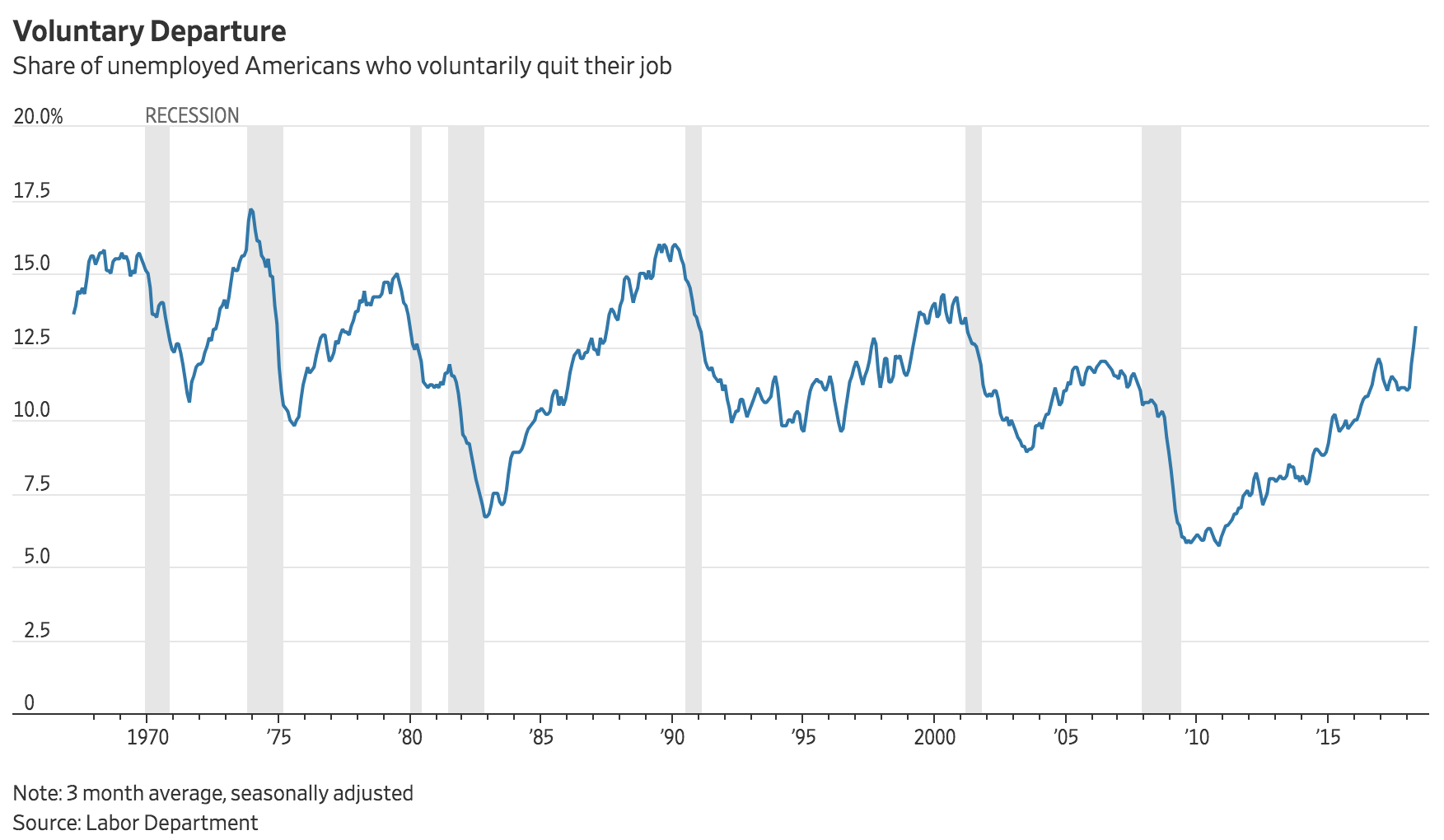 An expectation of better benefits

Job hoppers are moving where the benefits are. According to the same Wall Street Journal article, those who switched jobs saw roughly 30% larger annual pay increases in May than those who stayed put over the past 12 months.

Increasingly, employees want to know what their employers can do for them.

Organizations that can’t afford wage increases or expensive benefits are thinking outside of the box when it comes to finding ways to incentivize employees. For example, last year Walmart began offering its employees an instant payment benefit to help alleviate financial burdens that affect their minimum wage employees.

Financial wellness programs are another employee benefit that has gained popularity over the years. A 2015 Bank of America survey found that nearly three-quarters of employers surveyed, including 90 percent of large companies (businesses with $100 million or more in 401(k) plan assets), believe financial wellness solutions will be standard elements of benefits packages in the future, with enterprise-level companies blazing new trails implementing these programs. Many HR representatives claim these programs are proven to reduce absenteeism and turnover rates while raising employee satisfaction.

Benefits are so important that a 2016 Aflac Workforces Report found that 60% of employees are likely to accept a lower salary in exchange for better benefits.

To protect productivity levels in the workplace, employers are starting to require more from their existing workforce.

With increased utilization comes increased fear, at what point will employees start to burnout and potentially reverse productivity?

To stay competitive — and productive — employers must be agile and continue to learn modern techniques for recruiting and retention.

In fact, Intuit recently reported that the gig economy is now estimated to be about 34 percent of the workforce and expected to be 43 percent by the year 2020. As a result of the changing workforce, last month the Bureau of Labor Statistics (BLS) announced they will soon start including the gig economy in their market updates.

The BLS will look at the overall number of contingent workers —or those who don’t expect their jobs to be permanent— and workers in alternate arrangements, like:

Gig economy workers must have the aforementioned arrangements as their main job and must have worked at that job in the last week to be counted.

Though the numbers aren’t measured specifically yet, for context, the number of completed temporary jobs increased by 211,000 in June to 3.1 million, totaling almost the same number of jobs that were created in June’s BLS report.

This may indicate that employees are looking for convenience more than ever.

It is the responsibility of the employer to find creative ways to incentivize employees to stay on board or join a team. Our research has found that by offering comprehensive benefits packages it becomes possible to stay competitive and attractive to employees.

Want to learn more about offering DailyPay as part of a comprehensive benefits package?