It’s that of year again when we celebrate the emojis that make our go ‘round and make us all .

We’ll bet that you use emojis at least once a day in a text message, Facebook or Instagram post, or in a Twitter tweet. Let’s face it — emojis are a quick and easy way to describe how you’re feeling, in not so many words!

Some interesting stats from the World Emoji Day website:

Here at DailyPay, we love emojis too because our partner’s employees use them to transfer some of their earned income before payday. And that makes us happy because they’re actually saving money by paying a bill on time and not incurring a late fee or overdraft charge, or even worse, having to resort to a payday loan to meet an unexpected expense.

When we first beta-tested DailyPay Emojis, the most popular ones were the (probably for a housing payment) and the . Last year, we reported that these were the top five emojis used for transfer requests: 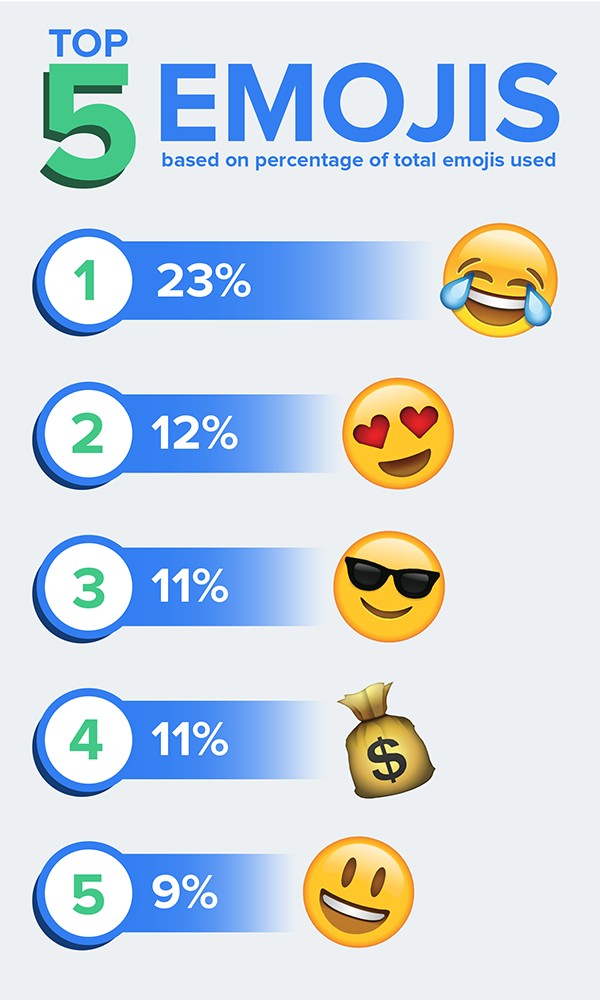 We also found that 68% of text emoji users were MAGGIEs (Millennials and Gen Z who Get Instant Everything). MAGGIEs just ❤️ to use emojis everywhere, so it just makes sense that they use them to transfer their earned income when they need to!

This year, the top five emojis used for transfer requests so far have been: 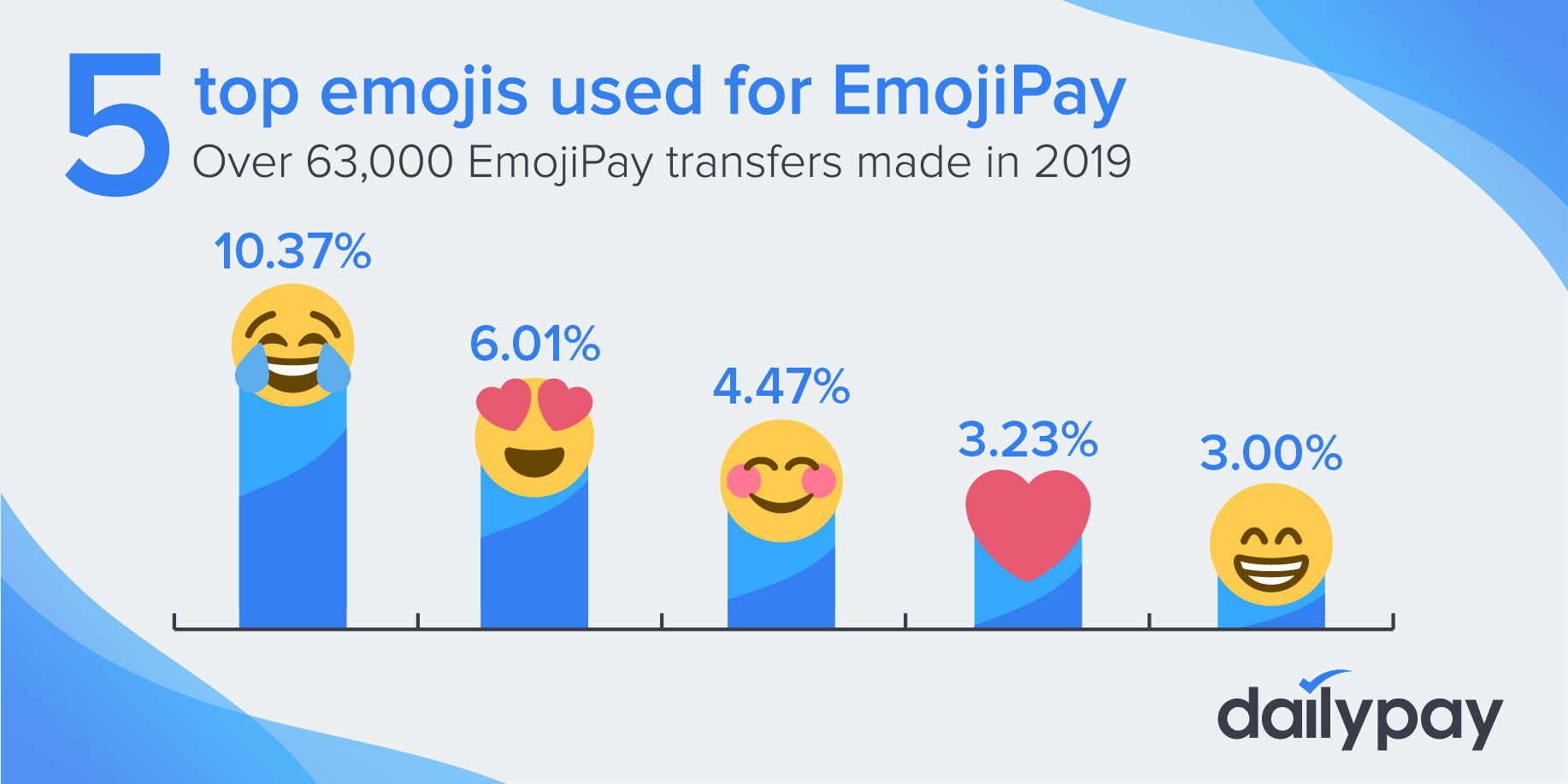 The top two are the same as last year’s, so it looks like requesting a transfer of funds before payday evokes feelings of joy! Since the start of the year, we’ve processed 63,567 total emoji transfers by text that have amounted to a whopping $3,275,908!

The top industries that use emojis for transfers according to our research are QSR, health care, on-demand, hospitality and security. If you want to see a quick video on how it works, well we’ve got that too:

Hope you have a very Happy World Emoji Day. Oh and fun fact: the reason it’s July 17th is that’s the date on the calendar emoji!